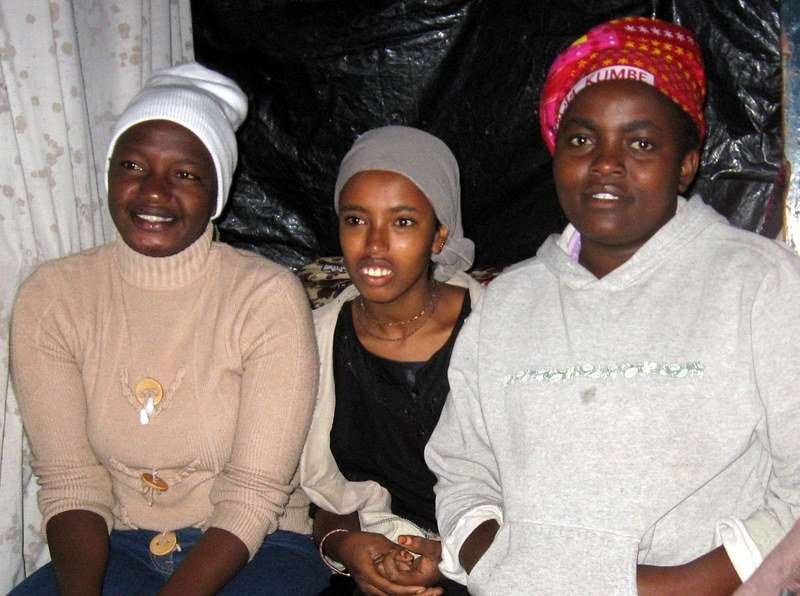 During 2007, Wendy accompanied the Young Women in Enterprise (YWE) staff on a visit to Mukuruto some of the businesses which had been started by a few members of this community-based (non- school) YWE clubs.  Mukuru is one of the many “informal settlements” aka slums in and around Nairobi.  The most famous/infamous is Kibera which supposedly has one million people out of Nairobi’s 4 million total population.  The YWE club consisted of young women who may not have completed primary school (K – 8), never mind secondary school (9 – 12), and several were single mothers, a couple with multiple children. So its members’ businesses were particularly impressive given the many obstacles they had to overcome.  Their informal leader was Cecilia Katungwa, featured in her own success story, continued to coach and inspire her fellow members after they all had graduated from the formal YWE program.