Kenya Successes: Through Young Women in Enterprise Lydia Established Her Own Store 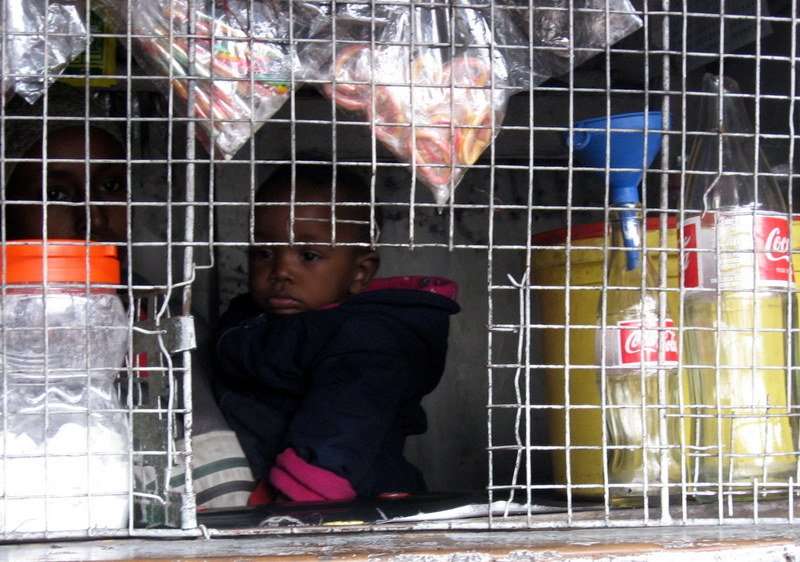 Lydia, 23 years old in 2007, was married to Eric Mauka (33 years old in 2007), a machine operator at a quarry. She had been caring for their 2 children, Elisha and Marion aged nine and five years old, in the Juja area near Thika—a city of approx. 200,000 about 40 km. north of Nairobi.  Lydia grew up in a tea-farming family of  eleven children.  Because tea pricing in Kenya was low, her parents could not afford to pay school fees, so she had to drop out of high school in her second year.

In pursuit of her dream to have her own sustainable business that would not only support her family but also enable her to become a prominent entrepreneur, Lydia joined the Juja area Young Women in Enterprise (YWE) club in September 2006. This prompted her to start selling groceries, mainly targeting students, along the roadside leading to a nearby University.  As she continued to benefit from the YWE training, her enterprise flourished enabling her to move into a temporary stall. She developed a business plan as part of her coursework and in March 2007 made a presentation to a small judging panel of business people. She was awarded the first prize for the Juja Enterprise Club competition, proceeded to participate during the Nairobi inter-club competition, became a second runner-up, and earned a total of Kshs. 25,000 (US$355) in prize money.

With the continued support of the YWE team, Lydia relocated her business to a shop, increasing her chances of growth and sustainability. She was averaging an income of about Kshs. 5,000 (US$70) per month and was growing her business. As a role model in her community, she spearheaded the formation of a group business dealing in second hand shoes and lingerie with five other girls from her YWE club.  Determined to make a difference not only in her family but also in her community, Lydia’s sense of responsibility, assertiveness and pleasant personality will surely bring her closer to turning her dream into reality.