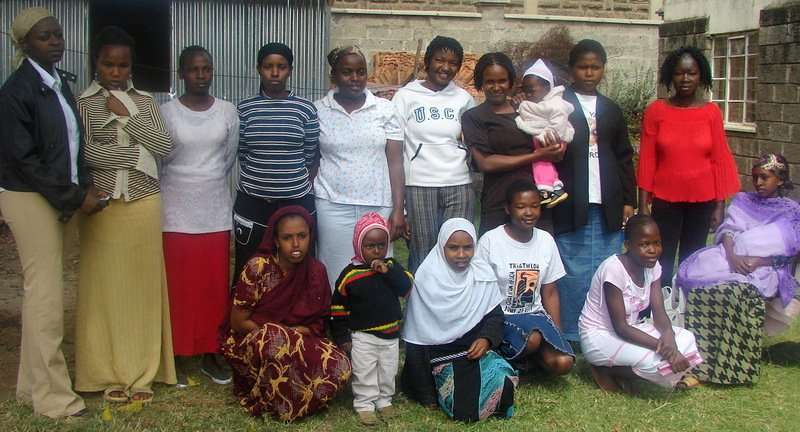 Starting May 2006, the Nike Foundation funded TechnoServe Kenya in partnership with Project Baobab based in Nairobi to create Young Women in Enterprise (YWE, which now continues through 2013).  Through 2012, together they implemented a program to raise the level of entrepreneurial activity among Kenya’s young women and to catalyze employment-generating, women-owned businesses as well as employability. By collaborating with local youth organizations, women and business associations and educational institutions, the program has sought to provide a practical and  interactive way to engage young

women in the entrepreneurship process and foster an environment in which increasing numbers of young Kenyans will establish and run their own enterprises.  Specific program goals:

Typically the YWE program was implemented in 15 or so locations within the low income areas of Nairobi and nearby Thika regions assisting both in- and out-of-school girls aged 15-24 years and impacting more than 250 girls each year. Over the course of the program’s lifespan, tens of cohorts of 30 or more young women formed Enterprise Clubs; participated in Life Skill and Introductory Business classes each week; and were mentored by university students and/or local business members. At the end of their six-month program, they wrote 3-page business plans, presented them to a panel of judges from the local business community, received recognition and the top few received monetary awards at their club level.  About 25 of the regional winners then competed in Nairobi for more prizes and recognition.  Please review the success stories of some of the early leaders including Rachel, Lydia and especially Cecilia whom Wendy continues to follow after five years.

According to official statistics, youth between the ages of 15-24 years account for over half (56%) of all unemployed Kenyans.  Additionally, young women must overcome enormous daily social, economic, health, and other gender hurdles. Further, based on the observations and formal surveys undertaken by TechnoServe under the Young Women in Enterprise (YWE) program (funded by Nike Foundation in 2006 and other donor organizations since then), both rural and urban girls, the latter of which generally are better educated than their parents, prefer non-agricultural job opportunities. Thus there is a major imperative to unlock and equip young women to new forms of employment and enterprise.

Phase 2 of TechnoServe’s Young Women in Enterprise added the element of uplifting girls Kenyan girls from poverty by developing their employment opportunities and skills as well as supporting micro-enterprise start-ups.  As YWE identified “industries” and enterprises which might provide internships and potential employment, one key area, the garment industry, was a new value-chain for TechnoServe Kenya but a proven approach elsewhere in TechnoServe programs:  weaving, sewing, knitting, embroidering, etc.  Two key elements of the new garment value-chain would be to improve established entrepreneurs’ efficiencies AND to network YWE alumnae to them, particularly women, to apprentice, mentor, nurture, and integrate new young women.