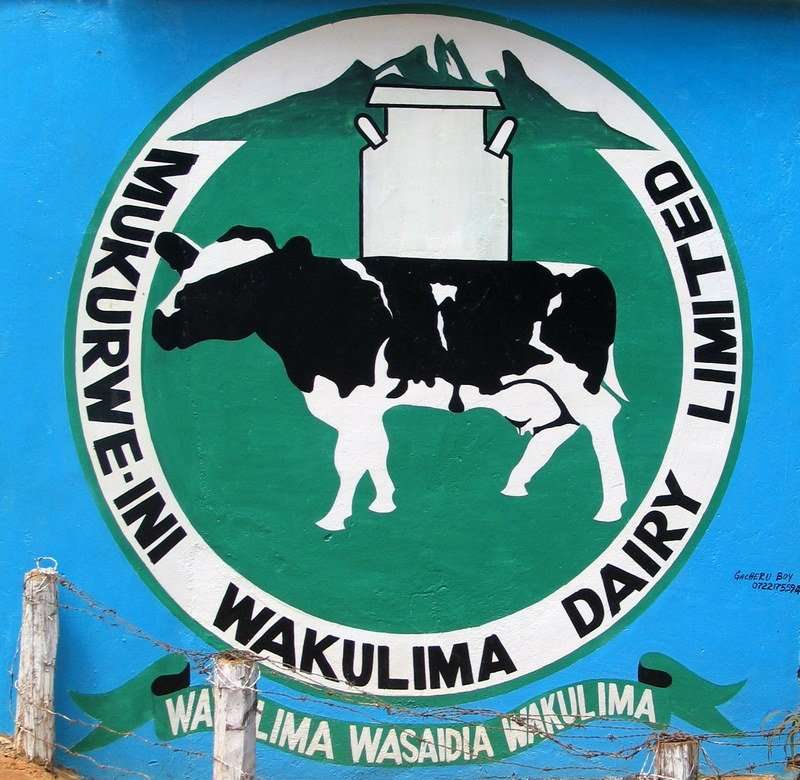 Kenyans drink a lot of milk.  This tradition is probably derived from tribal culture—particularly the Maasai tribe–where cows represent wealth. However, the vast majority of dairy farmers own less than ten cows, each of which typically produces ten gallons of milk per day (vs. 30 gallons in developed countries) due to poor nutrition, breeding, and environment. And as long as most farmers can remember, milk has been sold locally in informal markets because there have been no or few facilities to keep milk chilled and healthy for longer than a couple of days and no transportation or connections to larger markets for farmers with small milk production.  On the upside, at least milk is a year-round “crop” that can provide food for the farmers’ and maybe neighbors’ families.

Starting in about 2000, TechnoServe began to change that fate for some smallholder dairy farms.  Working with Wakulima

Dairy’s Farmer Self-Help Group, TechnoServe helped expand the number of cooperative members from tens to thousands as well as improve their dairy cow breeding which in turn along with farmer training on animal nutrition and health, significantly increased per-cow milk production.  TechnoServe helped build chilling facilities plus trained administrators on operational maintenance. They supported the establishment of business hubs where the chilling plants were located with additional veterinary services, artificial insemination services, farmer training facilities, credit union for savings and loans, and feed and supply stores.  TechnoServe also helped connect Wakulima with major dairy processors who would transport the regularly-available, chilled milk to large markets.  This enabled dairy farmers to benefit from stable, higher pricing.  And after several years, as is its stated goals for all of its work, TechnoServe withdrew to leave behind a sustainable, locally led organization.  According to its website, Wakulima cooperative has grown to milk collection of approx. 30,000 liters per day from its 16,000 members, ranking it among the highest single producer entities of raw milk in Kenya.

Another TechnoServe Kenyan dairy success is Nyala Dairy*, where milk means profits for thousands of small-scale dairy farmers who supply the cooling plant built with TechnoServe asssitance. In addition to providing a market for producers, the plant also operates as a business hub, offering farmers services including access to finance, agricultural inputs and animal health care. Since TechnoServe helped farmers open Nyala Dairy in 2002, the plant has given life to the town of Ndaragwa and created opportunities for thousands of dairy farmers. By 2008, Nyala Dairy bought milk from 3,700 local small-scale farmers, with total sales of more than US$2 million annually. Nyala’s economic impact has indirectly benefited more than 20,000 local residents.

TechnoServe Kenya’s success in dairy helped impress the Bill & Melinda Gates Foundation enough to fund the East Africa Dairy Development (EADD) program from 2008 to about 2012, covering Kenya, Rwanda and Uganda through the partnership of TechnoServe, Heifer Foundation and the International Livestock Research Institute.   The program goal has been to work with about 180,000 small-scale dairy farmer families – roughly one million men, women and children. EADD’s primary objective has been to double the income of these farmers, through increases in the volume of milk produced and marketed; improvements in quality through chilling plants and other process improvements; greater access to finance and agricultural supplies; and linkages to larger markets.  The project particularly targets women for both benefits and leadership as well as implements value chain elements, such as training 10,000 farmers to grow nutritious animal fodder to sell to dairy farmers as supplementary livestock feed.

TechnoServe’s primary role has been to expand the dairy industry and increase market access by helping dairy farmers to establish chilling plant hubs where milk can be bulked, cooled and marketed. The centers links farmers to processors and develop businesses that ensure a steady, cost-effective supply of goods and services to farmer groups.

TechnoServe’s involvement in EADD builds on the organization’s proven expertise and history of success. “We have been working in the Kenyan dairy sector for the past eight years, and have developed a unique and very effective chilling plant hub approach,” says TechnoServe president and CEO Bruce McNamer. “The TechnoServe model empowers dairy producers, transforming the industry from a subsistence mindset to a commercial mindset.”

*The remainder of the dairy success story is based information on the TechnoServe website.