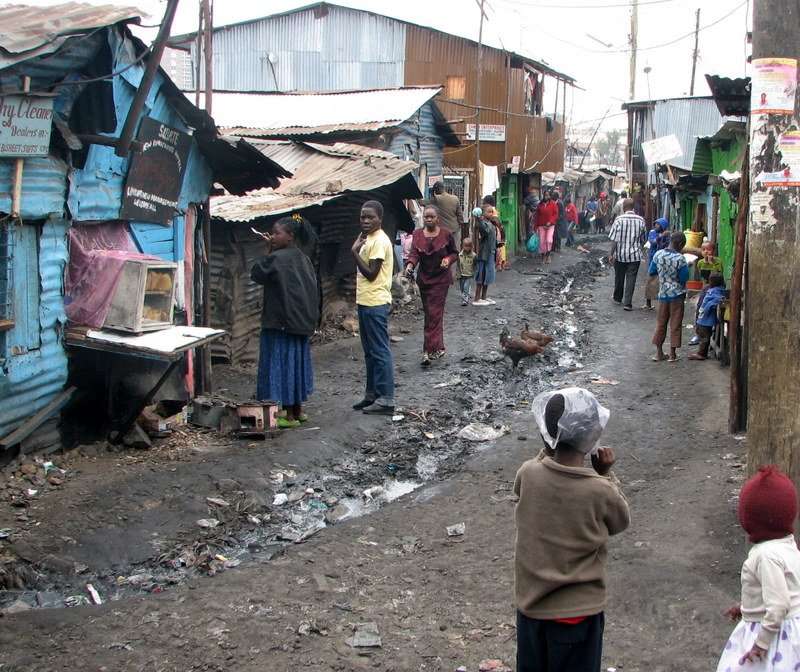 Rachael, 21 years old in 2007, was the last born in a family of seven siblings.  She had only attained a primary school education, due to a predicament that disrupted her entire life.  At age 14, her drug-addict uncle raped her, infected her with HIV and left her pregnant. Her rural family in western Kenya could not face the magnitude of shame, so chose to downplay the incidence by sending her off to live with her elder sister in Korogocho, one of Nairobi’s slums.

After her two-year old child unfortunately died, she worked part time as a casual laborer with a company that packaged beans for export. As a result of working in the cold rooms, she developed constant chest problems, which forced her to leave her job after two years. Rachael took the initiative to learn basic dressmaking and embroidery, but could not pursue them further due to her other household chores from living with her sister.  After a while, the stigma associated with Rachel’s HIV status caused her sister to kick her out of their home. Rachael then joined a youth support group that made various handicrafts through which she discovered her talent and started earning a source of income. Her success was short-lived when the youth group collapsed after six months. So she had to move in with her boyfriend who was equally struggling to make ends meet.

Determined to live above her circumstances, Rachael enrolled in Young Women in Enterprise (YWE) and was very excited about the possibility of starting her own enterprise.  In the course of her training, she started enhancing second hand garments by creatively incorporating her beautiful embroidery. She developed a business plan as part of her coursework and in March 2007 made a presentation to a judging panel of business people. She successfully won the second prize for the YWE Kariobangi Enterprise Club competition, proceeded to the inter-club competition in Nairobi, became the first runner-up, and earned a total of Kshs. 30,000 (US$429).  Rachael’s charm and resilience helped her overcome many obstacles at her tender age. She is determined to be a role model to many HIV-positive girls in Kenya, not only by improving her circumstances, but also by ensuring the success of her newly established embroidery business. Rachel is truly a young woman with rare courage and is an inspiration to many others.