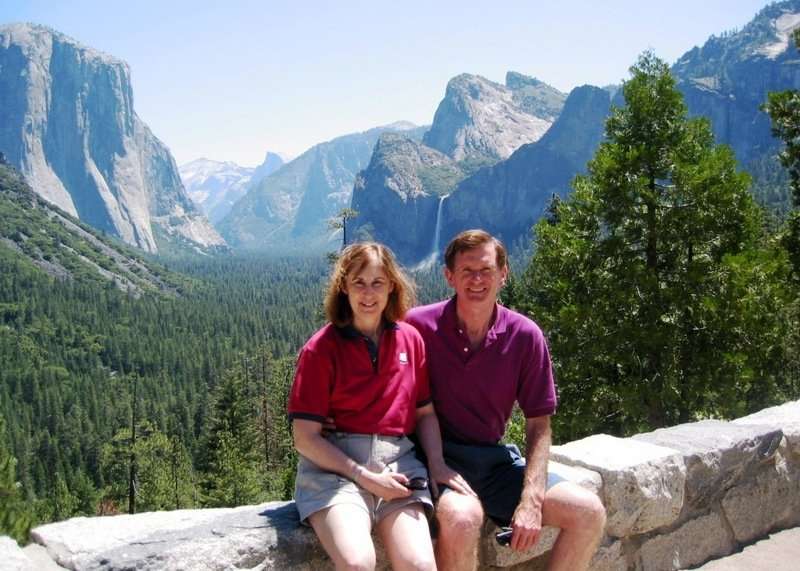 Starting in Summer 1972 when Rick and Wendy took their cross-U.S. trip in their red VW camper between each of their graduate schools, their first visit to Yosemite began their life-long love affair with this amazing place.  On that trip, one of their first guided hikes with a group was in Rocky Mountain National Park, a gorgeous place.  A fellow hiker obnoxiously commented something like, “This is nice but Yosemite is really the best.”  Much to their dismay and delight, the Walleighs found that statement to be true when in August 1972 they entered Yosemite from the famous “valley view” with El Capitan on one side of Yosemite Valley, Half Dome, Bridalveil Falls, Cathedral Rocks, etc. on the other.  They have taken tens of trips since 1972, with their kids, friends, and on their own. That view is the one place Rick and Wendy always return, on every trip they’ve taken to Yosemite—hmmm…must be time for another Yosemite fix…