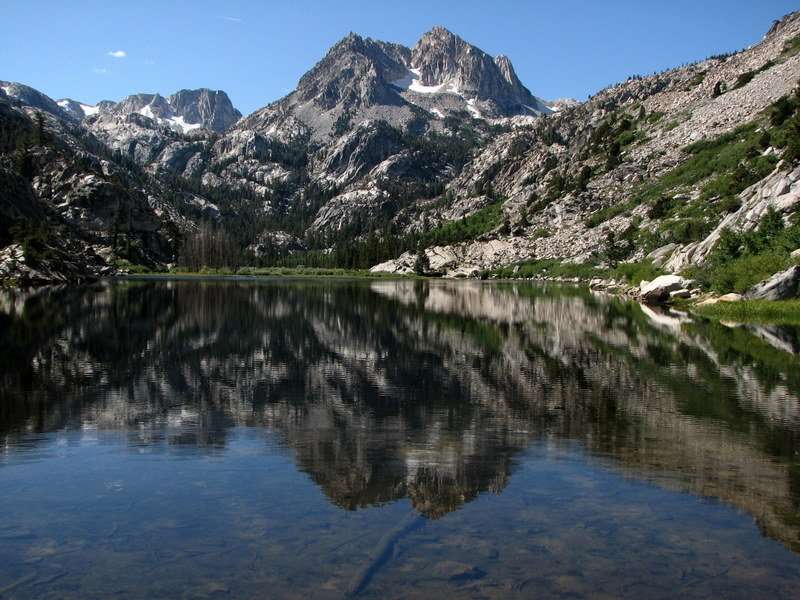 Though Rick and Wendy have done two overnight backpacking trips together in about 2000, clearly Rick is the more dedicated backpacker.  Luckily he has found a better match with their friends, the White Family—husband, wife, and adult daughter. They have now hiked together on three pretty aggressive trips, the first in 2008 being the hardest at 64-miles.  The stunning photos show that all three were worth the effort.

In September of 2012, Rick again went backpacking in the High Sierras with the White family.  This time the trip wasn’t as strenuous as the previous two.  They started at Sabrina Lake and climbed into Hungry Packer Lake with side trips to a number

of the surrounding lakes and canyons.  This destination was chosen for its beautiful photogenic quality.

In September 2011, Rick and the White Family took a 50-mile backpacking trip into the Matterhorn Canyon of the California Sierras that was described in hiking guidebooks as “maximum beauty and maximum difficulty”. During 5 days and 4 nights in late Sept., water was still flowing heavily due to the snow-pack left from the prior winter.  Welcome to the granite peaks, mountain lakes and streams, and stunning vistas of this rugged Sierra wilderness.

In August of 2008, Rick took a 64-mile backpacking trip in the High Sierras with the Whites and two other friends.  Most of the hiking was on the John Muir trail, entering at Bishop’s Pass and ending at Kearsarge Pass.  During their week of hiking they climbed over five mountain passes of 12,000 foot or greater elevation and saw an incredible diversity of beautiful scenery.