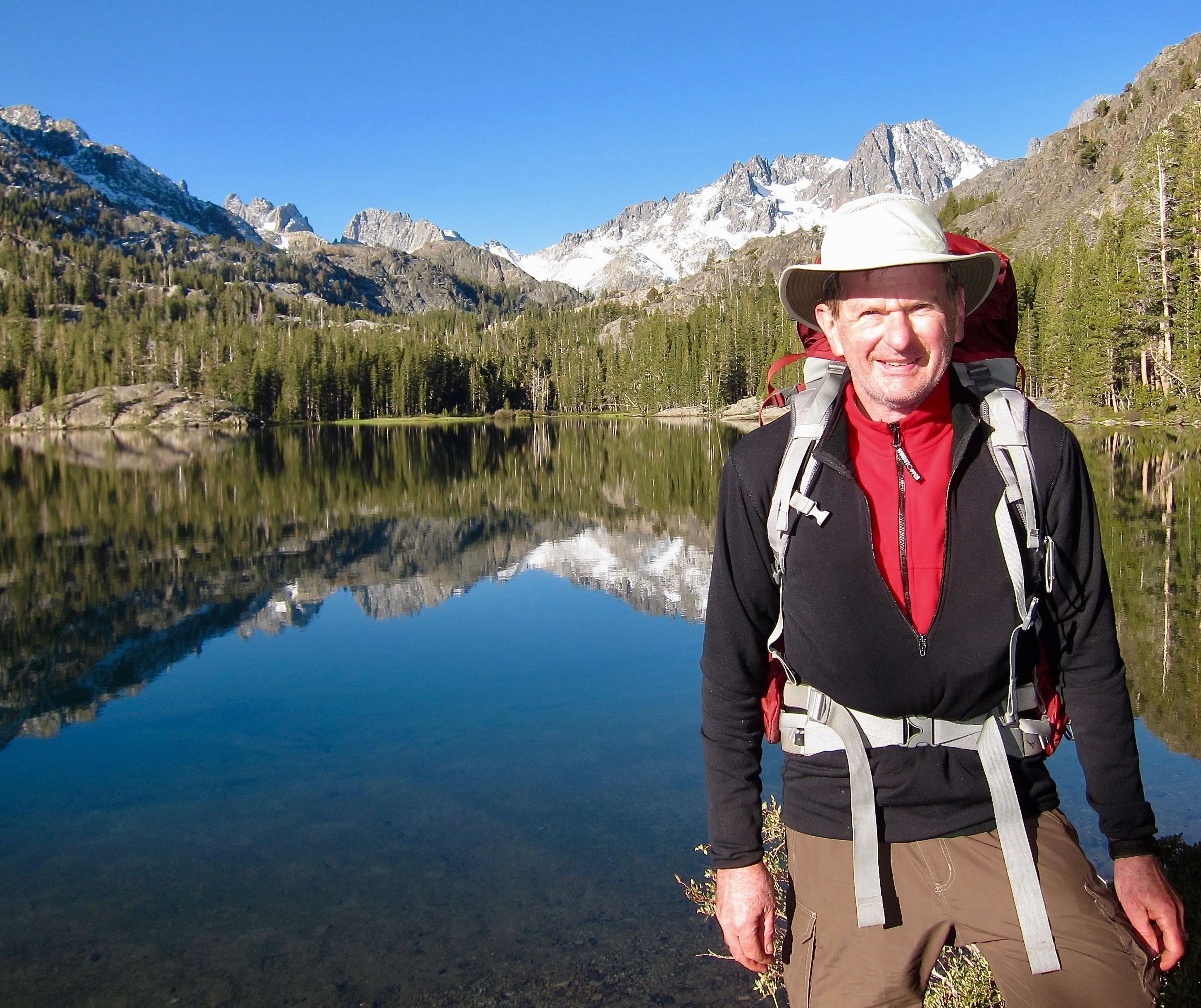 After a two-night trip in the Santa Cruz Mountains earlier this summer, in August, Rick and two friends went backpacking into the Sierras’ Desolation Wilderness for a few days. The lakes were still partially frozen and the trail was still covered quite a bit in snow. This made reaching their goal a challenge that required a lot of map-reviewing, consultation among the three, trial and error with some advancing and retreating, patience, and a good sense of humor.  Definitely the scenery was beautiful, making the trip worthwhile of course.

Then in late September Rick and another friend once again headed for the Sierras, this time into the Ansel Adams Wilderness with its Ritter Mountain Range. This is on the eastern slopes of the Sierras, behind Yosemite and not too far from Mammoth Lake. Snow had already fallen in the area once, but these two were willing to face the cold to view some gorgeous, rugged mountains and alpine lakes and streams. There was very

little snow on these trails but a lot of snow on the ground. During two of the four nights, it was so cold that Rick wore virtually all the clothes he had inside his sleeping bag in his tent. But he said it was all worthwhile.

Altogether, Rick got some good use out of his new, lighter backpacking gear, built some “manly” comradery, and enjoyed some absolutely fabulous scenery.