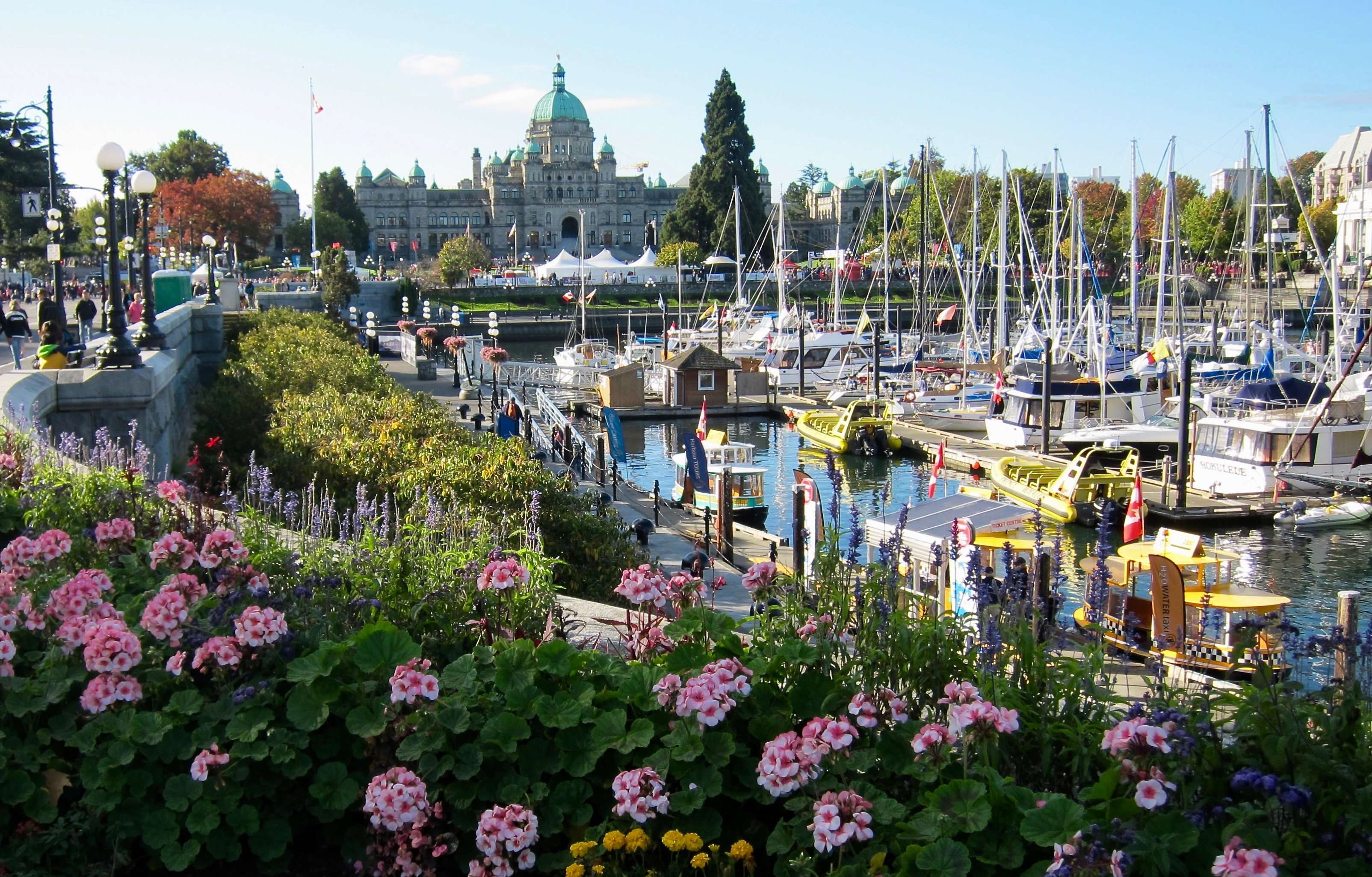 Our four days in Victoria, the capital of Vancouver Island AND British Columbia (BC) gave us a feel for the history—human, geological, and cultural—of the southwestern-most province of Canada. Upon our arrival into Victoria, we checked into the historic Empress Hotel. It faces the Inner Harbor and is across the street from the Parliament and the Royal BC Museum.  After lunch, we took an enlightening guided tour of the Parliament, led by a young woman dressed as the first woman Parliamentarian (1918). She gave a woman’s perspective of BC’s political history to celebrate the 100th year anniversary of Canadian Women’s Suffrage (1917). Soon after, we took a Grayline city tour on a double-decker bus (thank goodness, covered since it poured rain for much of our trip). This overview confirmed our plans to focus on certain sights.

Over the next three days, we did focus on key sights. We visited the Royal BC Museum in the morning. In the afternoon, we took a delightful Taste of Victoria Food Tour with a

young foodie who owned the company (recommended on TripAdvisor and by the concierge at the Empress). He guided us through Chinatown as well as the historic area of downtown. Before dinner that night, at his recommendation we had a beer at Churchill Bar, a historical local pub with a long, dark wood bar. Then we had dinner at Bard & Banker, another beautifully restored Victorian pub. We had a wonderful High Tea at the Empress the next morning before taking a bus out to the famous Butchart Gardens. The flower gardens were lovely and the Japanese garden was peaceful. It was amazing to consider that these gardens had been converted by the owners from limestone pits and the land surrounding their cement factory. Our last full day consisted of wandering back to some of the areas we had toured before, including Rogers Chocolates, the first Canadian chocolatier and the only Canadian one considered “Royal.” After Queen Elizabeth II visited decades ago, she’s been receiving their vanilla crème chocolates every year on her birthday and Christmas.

Victoria, BC is a picturesque, history-rich city on a harbor, worth a long-weekend trip.