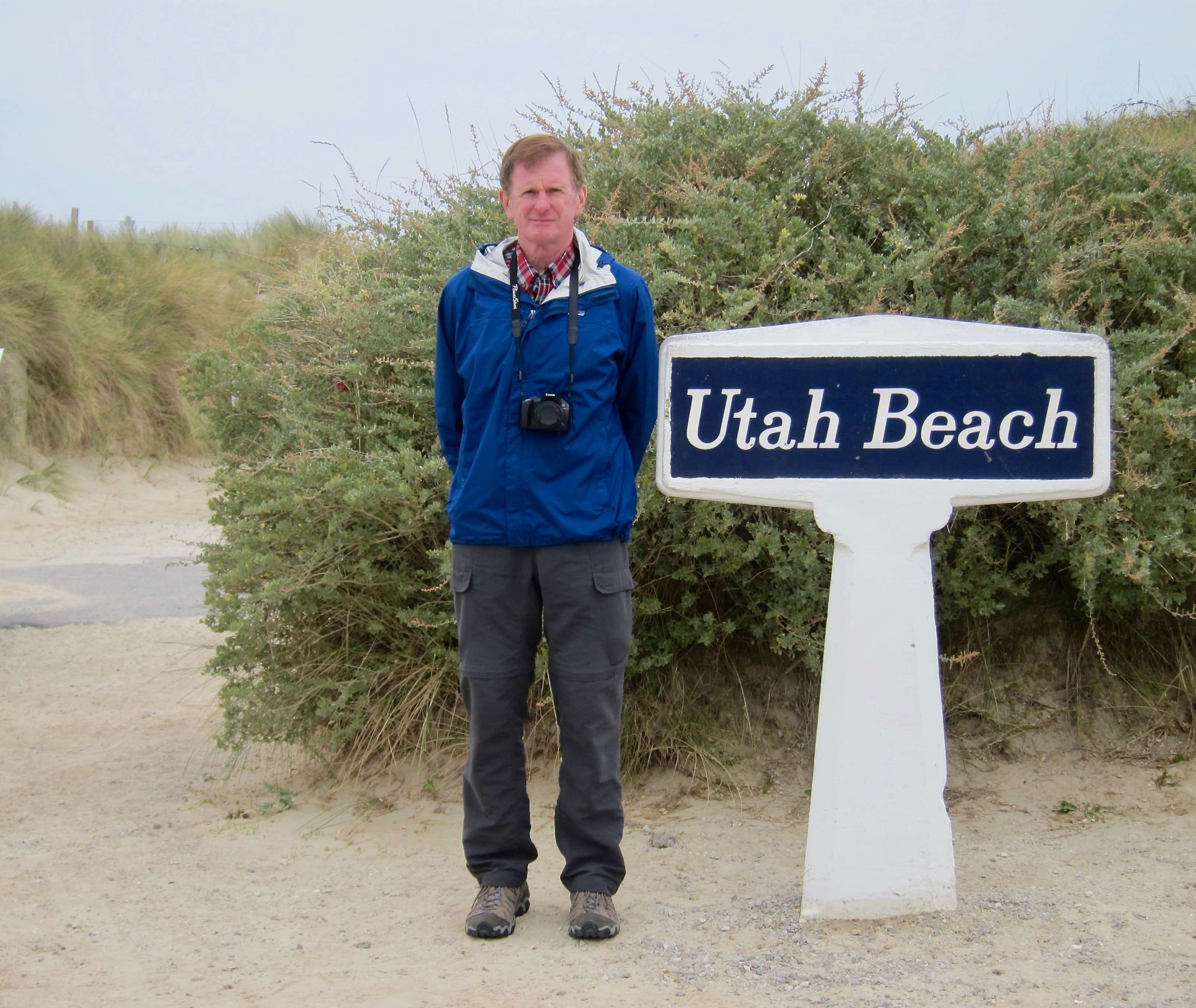 For us, the Normandy Coast’s World War II D-Day Beaches and Museums was the highlight of our France trip. Our 1st D-Day stop was at the excellent Au Memorial de Caen with amazing films and exhibits which detail global events leading to WWII through the war then giving insights into the Cold War to its end. We learned then and over the next two days about the logistics leading-up to D-Day then the subsequent 100 days. It was mind-boggling! Britain created mobile, miles-long bridges called “mulberries” that were built in segments and dragged into place off-shore from Arromanches near Gold Beach (British) and Omaha Beach (the most casualties of D-Day) until the significant port of Cherbourg (which we did not visit) was liberated from the Germans. The mobile “harbor” and 6-mile-long semi-floating “Mulberry” bridge at Arromanches carried 7,000 tons of personnel, weapons, and war equipment daily. 156,000 soldiers landed in the 24 hours after the touch-down of troops on D-Day. Over the course of the next 100 days, over 2 million troops would land, Cherbourg would be liberated, and Germany would be pushed back

toward Paris. See OUR TRAVELOGUE for more details of the amazing logistics during that period and our visits to the American Cemetery and Utah Beach’s Museum.

The quaint fishing town of Honfleur on the Normandy Coast was our base for the D-Day sights over the next few days, where we also walked along the boat-filled harbor during the day and at night, on our way to and from good meals of local Normandy cuisine featuring local ciders as well as the Calvados brandy from local apple orchards. In Honfleur we visited St. Catherine’s church from the mid-1400s, unique for its wood construction. In fact, this church replaced a stone church built during France’s Hundred Year War. We also toured nearby Bayeux, known for its lovely cathedral AND the truly amazing 900-year old Bayeux Tapestry.  It a linen cloth, nearly 75 yards long and 2-feet high, embroidered with simple but wonderfully depicted characters, places, and events leading up to the Norman Conquest of England.