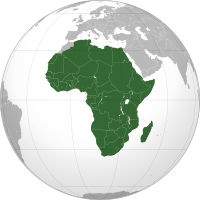 I felt very proud of our president when I was reading the July 28, 2015 New York Times article by Peter Baker, titled “Nobody Should be President for Life.” Facing the gathering of the African Union in Addis Ababa, Ethiopia this week, President Obama bravely leveraged his unique status as a descendant of a Kenyan father to jab at one of Africa’s enduring challenges: the entrenched rule of the strongman. According to the NYT article, “Indeed, about half of the more than 50 countries in the African Union have presidents, prime ministers or monarchs who have been in power longer than Mr. Obama, some of them for decades. Teodoro Obiang Nguema Mbasogo has ruled Equatorial Guinea since 1979. Robert Mugabe has been in power in Zimbabwe since 1980. Paul Biya has governed Cameroon since 1982. Yoweri Museveni has governed Uganda since 1986. Omar Hassan al-Bashir has governed Sudan since 1989.”

A shining exception, mentioned in the NYT article, is Nigeria where power was successfully transferred in now “one of the world’s largest democracies. Unable to travel to Nigeria because of security concerns, Mr. Obama decided to mark that transition by playing host to the new Nigerian president, Muhammadu Buhari, in the Oval Office last week before departing for his trip here.”

Though most of the so-called leaders to whom he referred were not present, their representatives were. And the speech was broadcast across Africa. It was a symbolic attempt to point out the challenge, with little hope of real, short-term impact. BUT it came from the man “[Africa] claims as our own,” according to Nkosazana Dlamini-Zuma, the chairwoman of the African Union, when she introduced him on Tuesday. That has to count for something.

Having lived in Africa for 1.5 years, I still care tremendously what happens to this diverse continent with such amazing potential. The United States has many flaws in many places, but I am proud to be an American with a President who is brave enough to address some of the African men who stand in the way of their own countries’ reaching this full potential. (Go to http://nyti.ms/1ON2Bpc for the full New York Times article.)