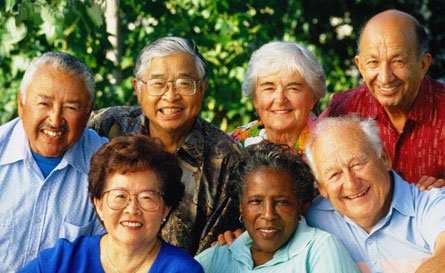 Join us to hear about how we have approached “getting happy” through our Encore Careers.  This is a reminder invitation to our next book talk at 7:00pm on March 30, 2016 at the Sunnyvale Public Library.  Or join us at several others talks starting mid-April then over the next few months, such as the Cupertino, Lafayette and Berkeley libraries, shown on our homepage.

Some simple concepts can lead us Boomers to be happier AND healthier, according to a recent Next Avenue article. For certain, loneliness and conflict can cause the opposite effect.

Excerpted from the article:

According to 75-year-long The Harvard Study of Adult Development study, there is one thing that happy people have and unhappy people do not. It’s not fortune or fame.  Harvard Medical School professor and researcher Robert J. Waldinger, the fourth person to run the study, spoke at the TEDxBeaconStreet conference recently and delivered the findings from this ongoing study on the cause of happiness. Researchers selected a group of of 724 men from the Boston area — 268 sophomores from Harvard College and 456 teenagers from the inner city — and followed them as they aged. The men grew to become lawyers, bricklayers, doctors and even a future President of the United States — John F. Kennedy.  Every year, the participants were asked about their home life, their health, their work and other aspects of their lives. They were given medical exams and researchers even reached out to their family members. Not knowing where these men’s’ lives would end up, the researchers wanted to know: What causes a happy and healthy life?  “The clearest message that we get from this 75-year study is this: Good relationships keep us happier and healthier. Period,” said Waldinger at the TEDx conference. “It turns out that people who are more socially connected to family, to friends, to community, are happier, they’re physically healthier and they live longer than people who are less well connected. It wasn’t necessarily that these people needed to be in a committed relationship, but it’s the quality of your close relationships that matters. And the experience of loneliness turns out to be toxic. It turns out that living in the midst of conflict is really bad for our health.”