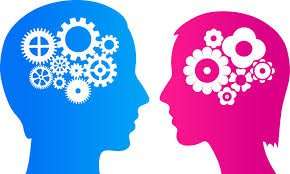 Please join us—and invite family and friends—if you haven’t already been to one of our book presentations, at our 6:30pm talk at Berkeley Library on Tuesday, May 10, 2016.

PBS’ Next Avenue blogger, Richard Eisenberg, studied the new TIAA Voices of Experience 2016 survey of 1,583 retirees, noting some interesting results. Overall, the survey found that both men and women felt that “The busier you are, the happier you’ll be,” according to TIAA’s senior managing director, Ed Moslander.  In fact, the “76% of retirees engaged in 10 or more activities were ‘very satisfied’ with their retirement vs. 52 percent who engaged in one to four.”

Now, ten sounds like a huge number of activities, but for women, they include extensions of what they probably did in their earlier years, e.g., reading, time with family, socializing with friends, caregiving, community volunteering and now adding fitness/exercising and finding their creativity. For men, “pursuing favorite sports, working full- or part-time, and staying active in aspects of their career,” ranked higher in interest though reading, friends, family and some giving back are also on their list.

Despite the gender differences in the kind of pursuits they enjoyed, the TIAA survey also concluded that “an impressive 95% of respondents said their relationship with their spouse or partner either improved or stayed the same in retirement compared to before.” So don’t worry that your significant other will drive you crazy, because this survey also stated, “They didn’t say they did all those activities together.”