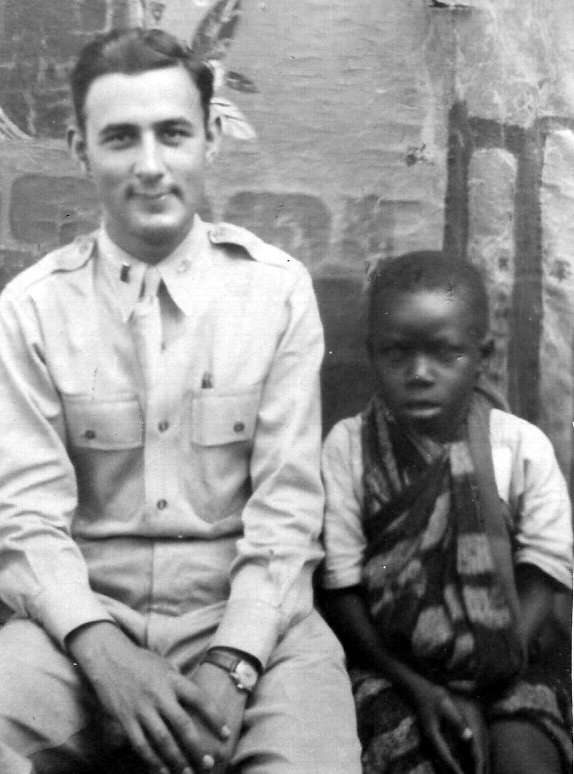 From the time she was a little girl, Wendy aspired to visit Africa because of her father’s World War II pictures, stories, and having a pet monkey. In 1942, her father went to Officer Candidate School in Miami, then in January 1943 he flew to his 1st African assignment in French Equatorial Africa.  Ashley Woodrow Rice was a 24 year old lieutenant, cargo pilot, and base commander in the Air Force (formerly the Army Air Corps). Her father took photos during his tour of duty across Africa where the Allies were fighting General Rommel a.k.a. “Desert Fox.”  It is amazing how many countries he visited between 1943 and 1945 when he returned stateside:  Belgian Congo (now Democratic Republic of Congo or D.R.C.), Cameroons, Egypt, French Equatorial Africa (now Central African Republic, Chad, Congo-Brazzaville & Gabon), Ghana, Kenya, Nigeria, Palestine (Israel), Tanganyika (Tanzania) and Uganda.  When Wendy lived in Africa for 1.5 years plus traveled extensively, she was

astounded by how much rural Africa today is similar to her father’s pictures 60 years ago. Though of course the urban centers are larger and more modern, sadly the surrounding slums are huge compared to the 1940s.

In any case, Wendy recognized how much of a life-changing experience her father’s 2+ years living in Africa must have been for him.  Her time in Africa certainly was life-changing for her.