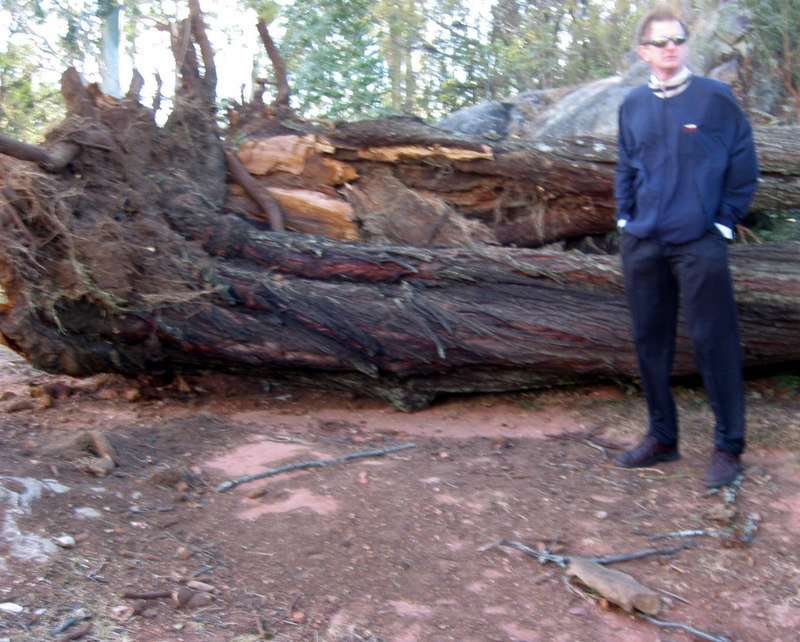 Throughout our six months in Swaziland, many storms passed through.  Strong gale force winds hit central Swaziland on the night of August 2, 2006.   The damage was many fallen trees and power and water outages for several days in many places nearby.  A tree fell between our neighbor’s house  and ours.  Though there was no damage to our house, thank goodness, that tree and the road into/out of our Emafini compound took a few days to clear.  We had no electricity and water from 9:15 p.m. to 6:30 a.m. for a few days. But that was the first of several nasty storms…

Hail often accompanied strong winds.  We saw hailstones as large as golf balls on the ground after several storms.  But nothing compared to the hailstorm a couple of days before we left Swaziland for California.  We drove our friend Carolyn who had visited and traveled with us for a couple of weeks, to some shops with unique gifts for us to take home.  On our way home the sky opened up and our car was pelted with baseball size hailstones that by the time we reached our home, had totaled our car.  The front windshield was a web of cracks, the back window had blown out all over Carolyn, who thankfully was not hurt.  The external mirrors were shattered and the car body was dented all over.  And as we approached the cottage, a huge tree had fallen across the road so we had to wait until our landlord cleared it with his handy-dandy front-loader.  All’s well that ends well.  We were unscathed, just frightened.  What a memorable way to end our stay in Swaziland!