South Africa: Cape Town Unlike Any Other African City 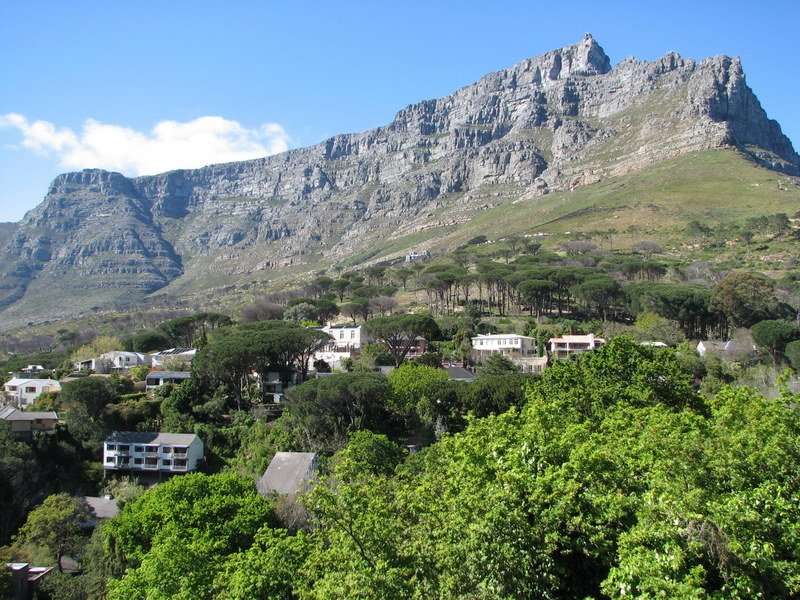 Cape Town is one of Rick and Wendy’s favorite cities, which they visited on their own, with son Adrian, friend Carolyn, and to see their niece and then-fiancé who worked for nonprofit organizations there for a couple of years. The city’s characteristics are parallel with their “hometown” of San Francisco: diverse population, mountains within the city, dramatic coastline, pleasure ships and working boats, great restaurants, interesting shopping, and open-minded attitude relative to the rest of the country.

Vladimir Putin and We Simultaneously Visit Cape of Good Hope

At the tip of the Peninsula just south of Cape Town are the Cape of Good Hope and Cape Point where the Atlantic meets the Indian Ocean.  Rick and Wendy definitely wanted to take Adrian to the top to see the southwestern most point on earth.  The

actual southern-most point in Africa is Cape Agulhas, located about 200km to the east of (and south of) Cape Town.

As Rick parked at the Cape of Good Hope, a police officer told him, “You can only leave the car there for 20 minutes because the Russian President is arriving.”  And because the authorities had closed the tram to the top “for repair”  Adrian, Rick and Wendy would need to walk up Good Hope Peak.  Just as they reached the top, Rick was told by the police to move the car so he trekked back down.

Shortly after Rick climbed to the top of Cape Point again, Vladimir Putin arrived, surrounded by dark-suited security guys (old KGB buddies?).  He was not tall but clearly solid and fit.  You wouldn’t want to joke around with him or his friends.  Within five minutes, he and his gang took the tram back down—clearly the reason why the tram was “closed.”  Rick, Wendy and Adrian walked back down and headed to their next tour stop.