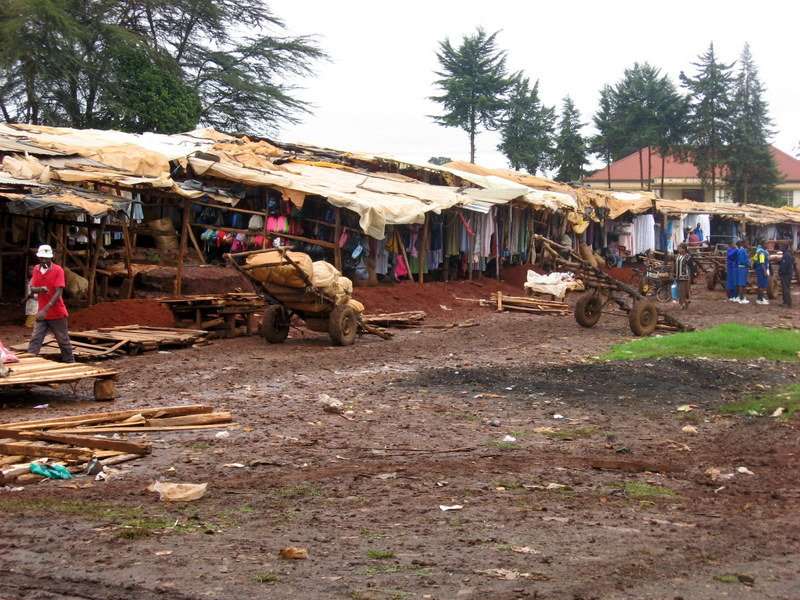 Though upbeat about virtually all their experiences in their encore careers, Rick and Wendy don’t want to gloss over Africa’s debilitating poverty, dust and dirt, and stalled economies.  The data on this page helps balance their safaris, good dinners, time with friends and colleagues, etc.  They’ve provided facts and photos about the economies at the time they were living in Swaziland and Kenya.

Also according to this report:

Swaziland from Studies as of 2006

The good and bad news is that Swaziland is a youthful country.  It is good because youth tend to be more flexible and open-minded so are likely to seek new opportunities rather than only repeat the familiar.  However, it is bad because due to having in the mid-2000s the highest HIV/AIDS rate globally, Swaziland lost a generation in its most productive years, ages 25 – 55.

For the annual 10,000 school-leavers—graduates and drop-outs from high school or less—only 2,000 new jobs were created each year, leading to at least 40% unemployment across the country and a much higher rate among youth.  Despite much government research into the need for Small and Medium Enterprises since the early 1980 and even establishment of many programs in literacy, “pre-vocational” and even distance learning, employment of all kinds continues to rapidly decline.  So Swazi youth must cope with a decrepit economy which offers less job opportunity despite higher levels of education. The International Monetary Fund (IMF)’s 2006 Standard Bank Market Study predicted 1.2% growth in 2006 GDP and 1% in 2007.