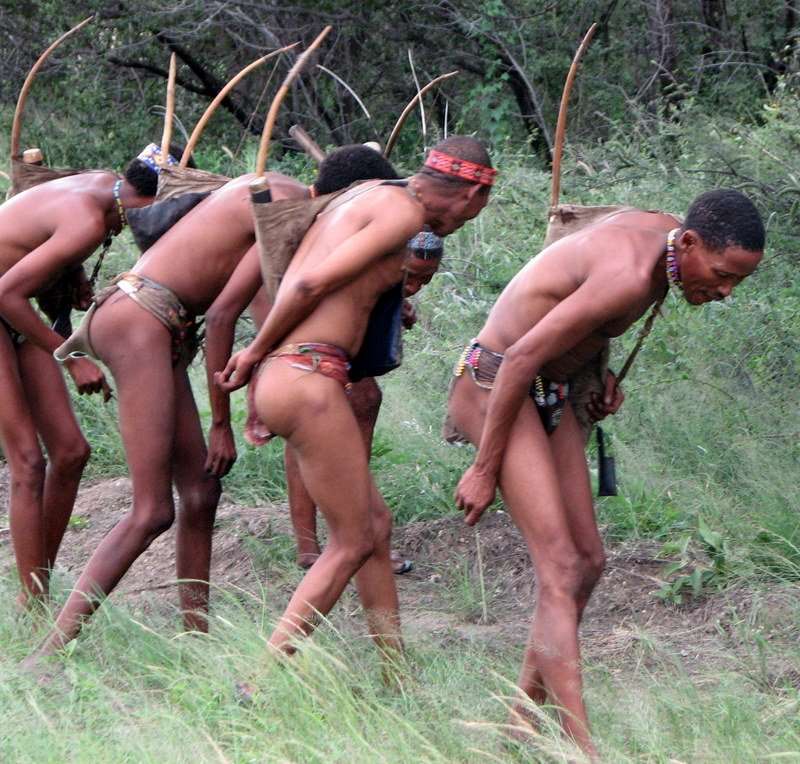 Over the course of their 4 days at Nhoma Camp, Wendy, Rick and Carolyn accompanied the !San hunters as they tracked Steenbok (small antelope), rabbits and African Porcupine.  In a clear division of labor, !San women gathered nuts and berries in parallel with men going off hunting. The men also demonstrated how they use their weapons, track animals, build a fire, create traps from natural fibers, and in emergency find huge roots from which to squeeze water. One hunter’s poison arrow wounded a Steenbok, but the animal would need to be tracked for another day or two until it died. The only successfully concluded hunt was for the African Porcupine.  The Bushmen found the den of two animals, forced one out which ran (a quill stuck one of the men guarding an exit) but was caught and dragged back.  The second was trapped by the hunters digging (with a metal shovel rather than typical digging sticks to speed up the process) into the den to spear and kill it. The !San courteously allowed Carolyn and Wendy to pull some souvenir quills from the dead animals.  In retrospect, Wendy amazed herself that she did something so primal.