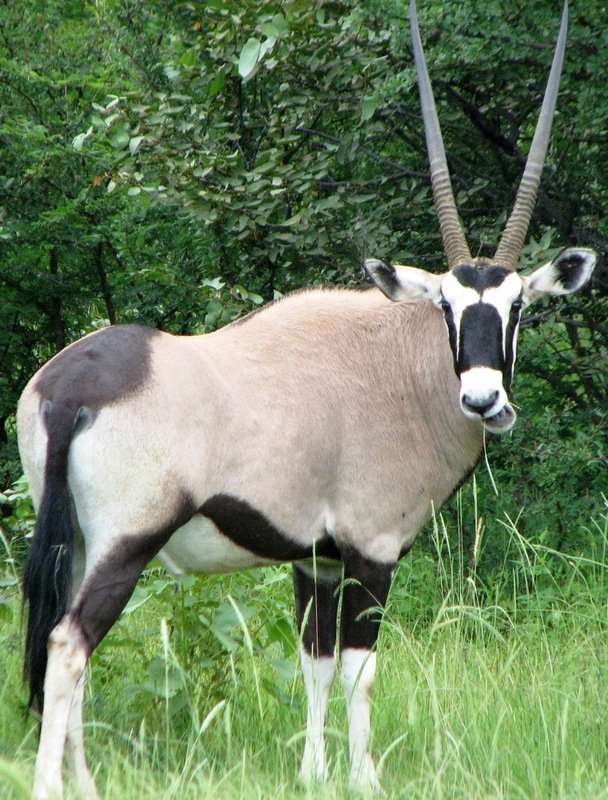 
From the Tsumkwe airstrip Rick, Wendy and Carolyn flew to the eastern entrance of Etosha National Park where they were met by Rosta who would be their guide and driver for the remainder of their  trip. Because it was the rainy season, Rosta forewarned them that most animals would be hiding in the tall grass near waterholes that wouldn’t be dry for another few weeks. But they did view some lovely animals—first time seeing Oryx in the wild.

Then they drove and stayed at Doro !Nawas Conservancy in Damaraland, Namibia where they luckily located a herd of Desert Elephants which hadn’t been seen for the prior three weeks.  Adapted to desert living with smaller body mass, longer legs and

bigger feet, they can cross miles of sand dunes to reach water. Desert Elephants apparently have even been filmed sliding down a dune face to drink at a pool in a desert oasis.