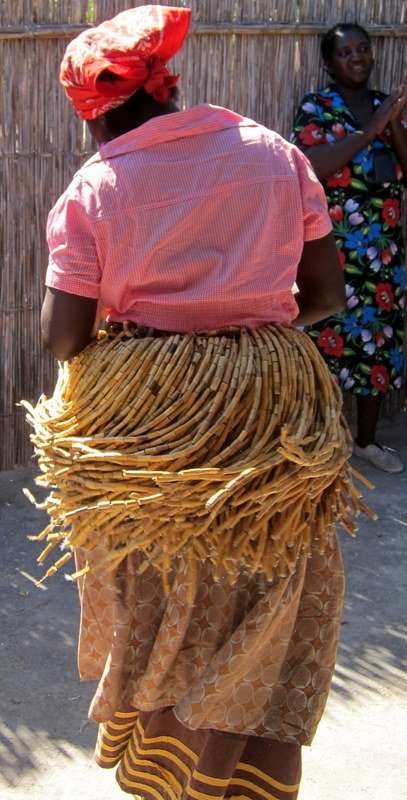 When most people envision safaris, what they probably are thinking of are animals on broad, open, mostly flat savannahs or grasslands, with the occasional low bushes or rows of acacia trees.  Botswana has many savannahs.  But there are also rolling hills, valleys, desert and major waterways.  Botswana’s open plains from the Kalahari Desert up through the Okavango Delta are mostly derived from former flooded areas.  Starting in the Great Rift Valley in Ethiopia, there is a major fault line which ends in the Kalahari.  The occasional major and minor earthquakes over the Millennia have caused the formation of mountains, valleys,

canyons, and rivers that are unique to Eastern and Southern Africa.

The Okavango Delta is the confluence of huge rivers including: Okovango, Chobe, and Zambezi which ebb and flow into the Delta. Thousands of years ago an earthquake formed a natural dam below the Delta which cut off water to the formerly lush central Botswana area. This dam eventually caused the desert to form as the bodies of water slowly shrank then disappeared.  During this evaporation in some low lying areas, minerals leached to the surface of the dry lake-beds which in turn became hardened, salty “pans”.

According to Wikipedia, the Okavango Delta continues to be annually produced by seasonal flooding. The Okavango River drains the summer (January–February) rainfall from Angola’s highlands and the surge flows 1,200 km. in approximately one month. The circa 11 cubic kilometers (11,000,000,000,000 liters) of water then spread over the 250 km by 150 km area of the delta over the next four months (March–June). The high temperature of the delta causes rapid transpiration and evaporation, resulting in a cycle of rising and falling water level that was not fully understood until the early 20th century. The flood waters peak between June and August, during Botswana’s dry winter months, when the delta swells to three times its permanent size, attracting animals from kilometers around and creating one of Africa’s greatest concentrations of wildlife.

4 nights in the Central Kalahari Desert at Kalahari Plains Camp

3 nights in the Okavango Delta at Vumbura Plains Camp

3 nights in the “Little” Okavango at Selinda Camp

The flight from Gaborone to Maun (Mah-un) was uneventful.  Upon arrival, they were met by a local guide to take them on a cultural tour.  The Walleighs left their luggage with their main agency, Wilderness Safari, and drove off with “C” (they never did understand his name) from the Maun travel agency to the Maun Cultural Center.

Rick and Wendy spent the next two hours learning all about the culture, customs, food, medicine, and lifestyles of Maun’s dominant tribe, the Bayiye (bah-YEE-yeh).  One very nice man did most of the speaking, though their agent/translator.  Several old-looking women (probably the Walleighs’ age or younger) who had been quietly basket-weaving got up to dance and sing, with one of them wearing a skirt hung with many strands of dried reed “beads” strung together that she swung around to the rhythm. Another of the women talked about typical foods on display with samples for us to touch. Then another demonstrated basket-weaving so that Wendy finally learned how the individual basket strands stayed together, were dyed from different plant dyes, etc.   Wendy asked if the women ever used a dye made from boiling dead Mopane Worms (colorful caterpillars from the Mopane tree common in the area, then dried and eaten by some Bayiye people).  The women said that they had never thought about it so maybe Wendy started a new trend for them! The Bayiye man then put on a calfskin hat and vest (very similar to the witch doctor in Bwindi, Uganda) to show / discuss several local medicines, play some local musical instruments, and generally conclude the talk.  At one point Wendy passed around pictures of her family which made them smile–one woman kept saying “nice, nice” probably her only English words.  Of course some baskets woven by the women were for sale.  Wendy met one weaver who seemed very pleased that Wendy really liked  and purchased her work.  After a quick tour of downtown Maun, it was back to the airport.

The Walleighs had lunch, picked up their luggage and went to the only gate until the plane was ready.  They were the only passengers on this flight.  The plane matched that requirement.  It was a 3-seater: pilot, co-pilot and small back seat.  Surjit, a nice young Sikh who grew up in India, trained in Jo’burg (they hoped for a goodly amount of time) carried their bags then ushered Rick and Wendy into the toy-size plane.   He explained that the flight time would be 60 – 70 minutes –not the 45 of a slightly larger charter.  Also this was a normally bumpy flight because of desert thermals, but would be fine because the last few days had been relatively calm.  Rick let Wendy sit in the co-pilot seat.  After Surjit carefully adjusted the many gauges and buttons, he gave them the flight instructions, including, where the air-sick bags were…just in case.  As they were taxiing for take-off Surjit put on his glasses.  Wendy remembered that her father who’d been a WW2 Air Force cargo pilot, had said that military pilots were supposed to have perfect vision—no glasses–otherwise they would be disqualified from training.

All together these facts made Wendy a bit nervous but she gritted her teeth during take-off then relaxed, took some pictures and enjoyed the flight for the first 60 minutes.  The last 10 minutes not so much as the desert thermals bounced the plane around.  It didn’t help that the pilot descended the plane then at the last minute pulled up, u-turned and approached again.  But Wendy held her queasiness in check long enough to land, then thanked Surjit and the airplane gods that the plane had touched down safely.

The government of Botswana consciously decided what kind of tourism it wanted to encourage.  Rather than being over-run by backpackers, budget-minded campers and lodgers, Botswana charges its tour operators a premium to open and run camps which raises the prices for guests in turn limiting the clientele to up-market folks who can afford a more exclusive safari experience.  Then tour operators further striate their clientele into classic and premium facilities.

Kalahari Plains Camp in Central Kalahari National Park, is owned and run by Wilderness Safari* as a “classic” facility with 10 “tents”, 5 on each side of common area.  It is lovely, well-kept, with a very competent staff, comfortable common and dining area and high quality, creative food.  Nice canvas-sided, wood-framed cabins sit on wooden platforms about three feet off the ground.  Each cabin has a roof-deck to view landscape, animals, incredible stars, and even sleep on foam mattresses upon request (since nights were cold, most people went back inside their tent midway through the night).

Because of scheduling issues, the Walleighs were serendipitously treated to the most luxurious safari camp ever—at a level of service they’ll probably not experience again due to luxury cost.  Vumbura Plains Camp in the Okavango Delta is a Premium facility also owned and operated by Wilderness Safari.  Its twelve tents are divided into a north and south camp, each six tents with its own staff.  Their 50 ft. by 30 ft. “tent” is actually part of a compound–larger than the Kalahari Plains Camp common area–plus a private deck with a plunge pool, outdoor shower, and comfy outdoor living room with sofas and tables.  The 10 ft. by 10 ft. indoor shower, with screened windows on two sides open to the view, is larger than the Walleighs’ home bathroom, and also is open to the bedroom and sunken living room.  The food and service is top-notch along with the staff.

Their third safari camp is independently owned but vetted and promoted by Wilderness Safari.  Selinda Camp is a lovely “classic” level facility with good food and staff, very similar to the Kalahari Plains.

*Wilderness Safari is a conglomerate that runs and owns tours, camps, planes, charter flights, training schools and guide certification processing.  Their highly qualified guides are gun-trained for walking or fully-mobile safaris.  800 staff are in Botswana alone.  Their very successful facilities and tours across eastern and southern Africa have enabled them to go public.