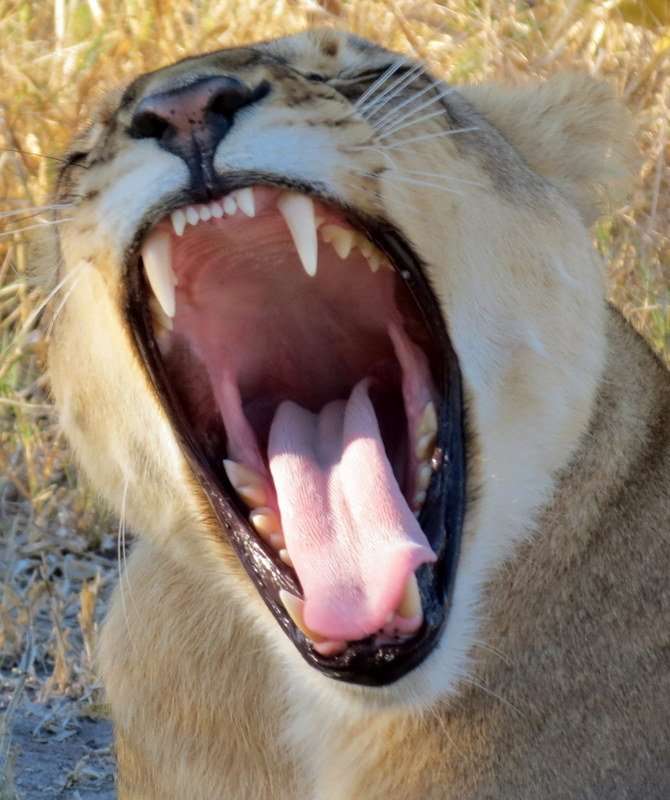 The “Big Five” are the African animals that are reputedly the most dangerously unpredictable: Cape Buffalo, Elephants, Rhinoceros, Lions and Leopards.  However, Hippos–which are grass-eaters–kill more people annually than the Big Five combined.  They are huge, very cranky, swim/walk quickly in water, and can run about 30 m.p.h. on land.  A bus in western Uganda hit a Hippo, killing the Hippo and several passengers.   Of course the Walleighs viewed many giraffes, ungulates (antelope and related), and Wendy’s beloved Warthogs.

Leopards are typically very difficult to see because they often rest in trees during the day, hunt singly, and drag their food up to the treetops to prevent stealing. However, Rick and Wendy spotted (pun intended) leopards during safaris from each of the

three camps, multiple times.  And lions seemed to be lying on the road, under trees, and in the grass on multiple occasions too. Some were just a few feet from the vehicle!  Certainly no complaints but it was quite unusual.  However, Rick took great advantage by capturing some amazing photos of the big cats.  It was the Cheetah that was elusive in Botswana.  There was only one not very close sighting so no photos.